It’s a great pleasure to have Louise Phillips guesting on my blog again this year! The Doll’s House, Louise’s second novel, went on sale on 1st August and was launched very successfully at The Gutter Book shop on 7th August. It was so busy the crowd spilled out into the street in Temple Bar!

For starters why not whet your appetite by viewing this excellent trailer for the novel.

You can find links to other blog tour interviews on Louise’s blog here. Reviews have been excellent so far and there was a brilliant review in the Irish Independent.

You can order your copy of The Doll’s House here or from any good bookshop!

Before we start with the questions, here’s a brief insight to the novel:

About The Doll’s House

PEOPLE SAY THAT THE TRUTH CAN SET YOU FREE.
BUT WHAT IF THE TRUTH IS NOT SOMETHING YOU WANT TO HEAR?

Thirty-five years ago Adrian Hamilton drowned. At the time his death was reported as a tragic accident but the exact circumstances remained a mystery.

Now his daughter Clodagh, trying to come to terms with her past, visits a hypnotherapist who unleashes disturbing childhood memories of her father’s death. And as Clodagh delves deeper into her subconscious, memories of another tragedy come to light – the death of her baby sister.

Meanwhile criminal psychologist Dr Kate Pearson is called in to help in the investigation of a murder after a body is found in a Dublin canal. When Kate digs beneath the surface of the killing, she discovers a sinister connection to the Hamilton family.

What terrible events took place in the Hamilton house all those years ago? And what connect them to the recent murder?

Time is running out for Clodagh and Kate.

And the killer has already chosen his next victim… 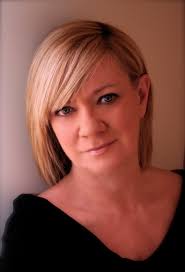 Born in Dublin, Louise Phillips returned to writing in 2006, after raising her family. That year, she was selected by Dermot Bolger as an emerging talent. Her work has been published as part of many anthologies, including County Lines from New Island, and various literary journals. In 2009, she won the Jonathan Swift Award for her short story Last Kiss, and in 2011 she was a winner in the Irish Writers’ Centre Lonely Voice platform. She has also been short-listed for the Molly Keane Memorial Award, Bridport UK, and long-listed twice for the RTE Guide/Penguin Short Story Competition.

Her bestselling debut novel, Red Ribbons, was shortlisted for Best Irish Crime Novel of the Year (2012) in the Irish Book Awards. The Doll’s House is her second novel.

So now, down to the serious questions!

BK:  You wrote The Doll’s House in a relatively short period of time. How did your experience of writing both novels differ, and particularly what were the main things you learned from writing Red Ribbons that informed your approach to The Doll’s House?

LP: Actually, I wrote both novels within a similar time frame, but I’d started The Doll’s House before Red Ribbons was released. I tend to write the first draft over 3 or 4 months, then edit for the next 3 or 4 months after that. In the crime genre, publishing a novel a year is relatively normal, and you have to allow for lead times, and also the period where you will be promoting the book. This time frame suits my mind-set as there is an intensity and excitement when you’re bringing a story together over a short period of time. Real life gets put on hold and your fictional characters are very close to you. You are living and breathing them on a daily basis, and this has worked for me so far.

As for the main differences between writing the two novels and what I learned – on the first one, I was writing unaware that anyone would ever read it, the second, I knew would be published. There are advantages in both, and there is something quite special about your first novel, but it was also rather fantastic knowing The Doll’s House would definitely be read by others. There was of course a deadline with the second book, and some might think a somewhat daunting aspect of making it as good as the first one, but I learnt a lot writing RED RIBBONS that helped the writing in THE DOLL’S HOUSE. I learnt that first drafts are never perfect, that although I’m not a plotter, I can trust myself to produce a story by primarily organic means, that sometimes the meanings behind a particular story only become apparent quite near the end, and I guess I learned that despite doubting my material at times, that through the long nights of editing, the not so good words will improve, and at the end, I will have a story to be proud of.

BK: Again, in this novel there is dark narrative vein running through as there was in Red Ribbons. Where do you think this fascination with evil comes from and do you find it easier to write the darker characters than the others?

LP: I’ve asked myself these questions many times, and I’m not sure that I’ve fully worked out the answers yet. I think in the main, I like to delve into the dark, but with the hope that there is also light. As a child I always saw monsters under the bed, and strange things happening with patterned wallpaper! Call it an over active imagination, or fear, or both, but from the very beginning I’ve been drawn to write about the dark. In RED RIBBONS, I wrote about one of my own fears as a Mother, that of something bad happening to your children at the hands of another, but within the story, there was a lot of love too, deep set, and almost primal, and the character of Ellie, felt like a real person to me. It was only at the end of writing her, that I realised the actual journey she was on, and the recognition that even if you’re touched by badness, a part of you and your love will survive.

The Doll’s House was a fascinating story to write. There were times when I’d no idea how this story would unfold, but it did, and I’m really glad of that, because it was a story worth telling, about ordinary people who through circumstances not caused by them, but rather by others, framed their past, present and future.

Also, I think we’re all fascinated by evil people who don’t follow the same rules as ourselves. In some ways by writing dark characters, I get the opportunity to dig deep, and to find out the ‘why’ behind what made them do bad things.

Is it easier to write darker characters? Maybe – they are certainly fascinating, but what’s equally fascinating is that the good guys can have their bad side too!

BK: What is the single most important piece of advice that you would give to would-be novelists, or those of us in the throes of writing a novel?

LP: Don’t give up – EVER! There were times when I questioned why I should keep trying, especially in such a difficult industry, but you know, irrespective of being published or not, there is something quite extraordinary about creating a story that wouldn’t have existed unless you had put the words on the page. A novel is a mighty beast, and apart from not giving up, I would advise people to write daily, one word, one page, one chapter at a time, and you will get there. John Steinbeck says it better than me!

Thanks for your honest and insightful answers Louise, and congratulations once again on your continued success with The Doll’s House!